The technical terms that describe any kind of malicious attack can be confusing for average people to differentiate. Malware, virus, or spam, just to name a few, are a few kinds of malicious programs that have different functionalities but the same goal: to try and do nasty stuff to your device(s).

To clear the confusion, let’s discuss today’s topic which is the difference between two terms; malware and spam. We will begin by understanding what malware is.

People will likely have an easier time understanding if someone were to mention the term “malicious software”. Malicious software or malware is any kind of program that designed to harm your device(s) in any way. Yes, a virus is a type of malware. Other types of malware include spyware, rootkits, and worms.

How is malware harmful?

Once your device is infected with malware, it will sabotage your computer in various ways depending on its type.

Virus: Virus is a software that modifies your computer programs to potentially damage your files and even corrupt your hard drives. Other types of viruses can also block your internet access and slow down your computer.

Spyware: Spyware is a program that hackers use to spy or track your activity on your device. It can gather confidential information, such as passwords and bank account information, and sent it to another entity without your consent.

Rootkits: Rootkit is a collection of computer programs that may unauthorizedly control your device from the root or admin level, hence the term rootkit.

Once it gains administrator access, it can maintain its privilege by subverting the program that might otherwise detect it, such as an antivirus program. Reinstalling the system OS is often the only surefire way to remove rootkits.

Rootkits can exploit your device’s vulnerability to access the kernel—the computer’s core program that controls everything over the system—to access resources that otherwise can’t be normally accessed. Full access further ensure rootkits’ ability to damage your system or steal sensitive information like passwords.

Worm: Worm is similar to a virus. The only difference is worm is a standalone software that doesn’t need a host. Just like a virus, it can replicate and spread to other devices over the network.

An example in real life

A then-new malware called Xafecopy was detected by Kaspersky in 2017. It harms Android users by embedding itself into Android apps that could potentially be downloaded to users’ devices.

Once the infected app is downloaded and installed, it would use Wireless Application Protocol phone billing to make the device to subscribe to several paid services without the users knowing, in other words, draining their money.

Spam may or may not be malware. Spam is defined as unwanted and unsolicited messages sent to an enormous list of recipients.

Typically, spam is sent in an email form for a commercial purpose (i.e. when a company tries to promote its products or services). Spam can turn into malware when it contains a malicious program that accesses your device when you open the email attachments or links.

How is spam harmful?

Commercial spam at most can only annoy you and fill in your inbox. Spam can only be truly dangerous when they contain malware or scam methods.

Spam as a scam medium works when users enter personal information on a fake website using emails that forged as if they come from a reliable source, such as PayPal. This sort of scam is known as phishing.

An example in real life 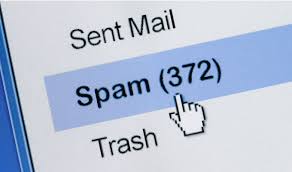 In 2006, Rustock botnet begun infecting PCs by sending many malicious emails containing malware. Once a PC is infected, the PC would automatically send tens of thousands of spam messages daily to other PCs to further spread the malware.

These emails often advertise health products or security programs, which the victims believe they need to solve a fake security issue that doesn’t exist in reality.

Luckily, Rustock botnet was successfully taken down in March 2011. However, the individual(s) responsible for this malware is still on the loose.

Jennifer is the Content Editor, Writer, and Webmaster for SeniorResource.com.She is married to her best friend with whom she shares four children. Jennifer enjoys reading, writing, and trivia games. View more posts

Use the list below to find senior information specific to your state.

We also have information for US Territories and some of Canada.